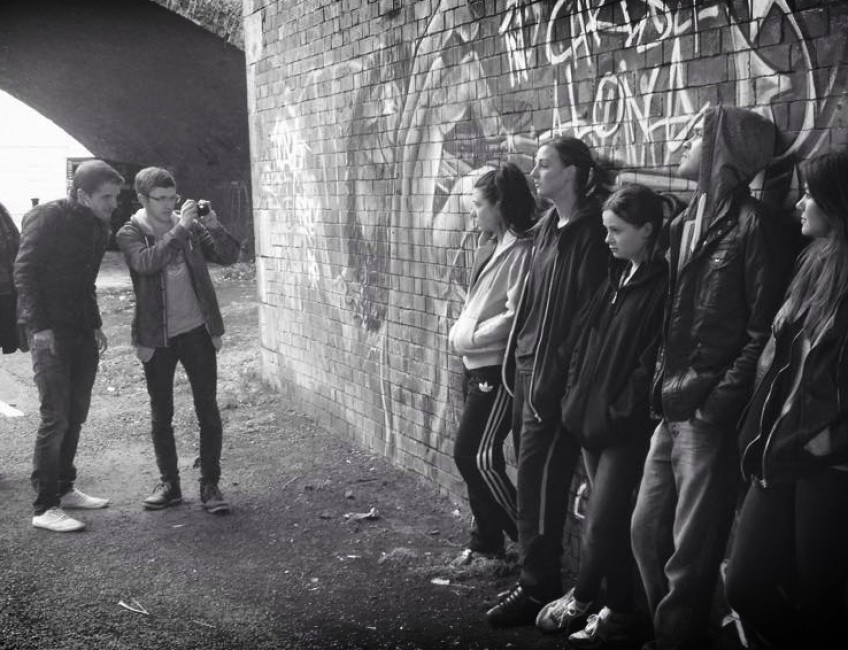 Last weekend saw the company of our next production ‘RAW’ by Chris O’Connell come together in Salford for the first time. We were joined for the day by director David Crowley and designers Lucie Greenwood and Billy Knapper to get a real sense of how the project will look and the feel when it opens in just 7 weeks time.

The cast looked great together as they worked with David and Billy on the show’s publicity shoot and it was fascinating to see the characters of ‘Lex’ and her gang becoming more and more real as the day went on and the cast began to work with each other.

Tickets for RAW at the Joshua Brookes will be on sale soon so get those dates in the diary: 2nd June – 6th June 2015!